How Functional Neurology Can Help Treat Your Concussion

At Northoak Chiropractic, we use an integrative approach to treat concussions, which combines standard chiropractic care, nutritional and metabolic tools, testing procedures, and functional neurology.

What is Functional Neurology?

Functional neurology is a method of chiropractic care that aims to address disorders affecting the brain and central nervous system (CNS). The approach was pioneered by Canadian chiropractor Dr. Ted Carrick in the 1970s and it is sometimes called ‘chiropractic neurology’.

You can learn more about Functional Neurology here.

Functional neurology was developed from a number of ideas popularized by modern neuroscientific research, most notably the concept of neuroplasticity. The idea behind neuroplasticity is that brains can change and adapt over the course of our lifetime (even well into adulthood), in response to the specific demands placed upon them.

As you may know, our brains are constituted from millions of tiny cells called neurons, which generate brain activity by firing electrical signals between one another. The routes traveled by these electrical signals are known as neural pathways. When neural pathways are used or activated, more connections are created between cells in the pathway and the pathway becomes more efficient and easier to fire.

Neuroplasticity first advanced the idea that these pathways could be rewired — providing a treatment options for individuals suffering from severe brain damage or other neurological problems.

As we explained before, neuroplasticity allows brains to change and adapt in response to the specific demands placed upon them. By intentionally directing brain activity to open neural pathways, in areas affected by brain damage, you can help the areas of the brain that need the most support.

This action of rebuilding or rewiring a brain’s capacity is what functional neurology is all about — driving neuroplasticity in injured areas.

The first step in your treatment is a diagnosis to help identify brain areas where function has been lost. Once we know where these lesions are, a specific program of gentle stimulations and brain-based exercises targeting the injured pathways can be prescribed.

During the process, it is extremely important to work directly with a trained functional neurologist, such as Dr. Jay at Northoak Chiropractic, to ensure that you do not reach the point of fatigue. Often the remnant of the injured pathway was stressed by the initial injury as well and remains in a weakened state.

If you are looking for functional neurology treatment for a concussion or brain injury, contact the team at Northoak Chiropractic to book a consultation today.

How Functional Neurology Can Help Treat Your Concussion2017-09-192019-10-09https://northoakchiro.com/wp-content/uploads/2016/02/ncn-wordmark.pngNorthoak Chiropractichttps://northoakchiro.com/wp-content/uploads/2017/09/functional-neurology-concussion-1.jpg200px200px
About
Doctor Jay
Dr. Jay Burness’ practice focuses on the treatment of concussions and post-concussion syndrome (PCS). He is one of only a few doctors in Canada to hold a American Chiropractic Neurology Board certification.   In 2015, he also became one of 50 doctors worldwide to earn a fellowship certification in post-concussion syndrome management, granted by the American Board of Brain Injury and Rehabilitation.   Dr. Burness is certified in seven chiropractic and soft-tissue techniques, including the Graston Technique. He holds further training in endocrinology, blood chemistry analysis, and physiology. His current approach brings together neurologic, metabolic, nutritional, and biomechanical principles to provide effective solutions for a wide variety of conditions. He practices Functional Neurology in Southern Ontario and the Greater Toronto Area.

Search Our Site
Connect With Us
Leave a Review

Why Vestibular Rehabilitation May Not Work For YouArticles, Balance & Dizziness Disorders 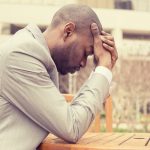 5 Problems That Could Be Linked to Your ConcussionArticles, Balance & Dizziness Disorders, Headaches