Carnosine is an endogenously produced dipeptide that possesses powerful antioxidative properties and is found in high concentrations in muscle and brain tissue.

A telomere is a repetitive nucleotide sequence located on the end of a chromosome. The telomere serves to protect the end of the chromosome from degradation. Telomeres will shorten in response to continued cell replication. This shortening process has been associated with eventual loss of a cell’s reproductive ability, thus ultimately limiting the lifespan of the cell.

Carnosine has been shown to decrease the shortening rate of the telomere, thereby increasing the lifespan of cells according to in vitro studies. This may imply that carnosine possesses anti-aging properties.

My memory’s not as sharp as it used to be. Also, my memory’s not as sharp as it used to be.2012-05-042012-05-04https://northoakchiro.com/wp-content/uploads/2016/02/ncn-wordmark.pngNorthoak Chiropractichttps://northoakchiro.com/wp-content/uploads/2016/02/ncn-wordmark.png200px200px
About
Doctor Jay
Dr. Jay Burness’ practice focuses on the treatment of concussions and post-concussion syndrome (PCS). He is one of only a few doctors in Canada to hold a American Chiropractic Neurology Board certification.   In 2015, he also became one of 50 doctors worldwide to earn a fellowship certification in post-concussion syndrome management, granted by the American Board of Brain Injury and Rehabilitation.   Dr. Burness is certified in seven chiropractic and soft-tissue techniques, including the Graston Technique. He holds further training in endocrinology, blood chemistry analysis, and physiology. His current approach brings together neurologic, metabolic, nutritional, and biomechanical principles to provide effective solutions for a wide variety of conditions. He practices Functional Neurology in Southern Ontario and the Greater Toronto Area.

Search Our Site
Connect With Us
Leave a Review 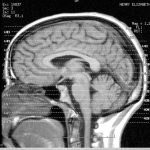 Why do brain cells grown in a dish attend the ballet and opera?Articles
Stay Smart – Butt out for your BrainArticles